Curious about who's getting the most Yelp buzz? These were the top numbers on May 29, 2015. 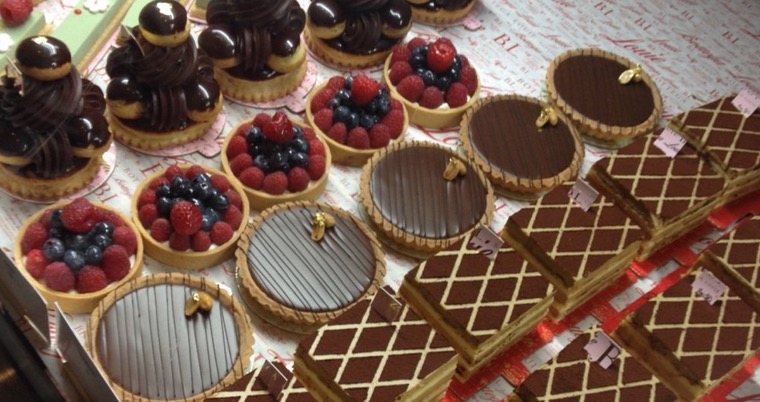 Full restaurant, patisserie, deli, and bar, Bottega Louie in downtown Los Angeles has it all, including killer desserts such as macarons, raspberry beignets, and a chocolate souffle that received raves from Yelp reviewers. Venture into the high-ceiling dining area - big, busy, and loud - for breakfast, lunch, or dinner. Lemon ricotta pancakes, burrata pizza, crab beignets, lasagna, truffle mashed potatoes, and portobello fries get consistently good reviews. Street parking can be tough, but there's a lot across the street ($8-$10) and valet service. 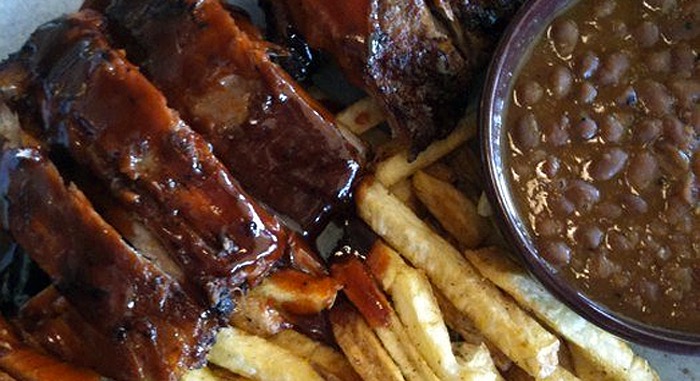 Phil's BBQ keeps them coming back with its mesquite grilled ribs and chicken, as well as its friendly servers. The top-secret rub and sauce, huge portions, and all the paper towels you need seal the deal. Yelpers praise the "colossal" onion rings, perfectly cooked fries, rib-and-chicken combos (the Beefy Ribs are legendary), and the BBQ Broham pulled pork sandwich.

Wurstküche tackles classic, gourmet, and exotic sausages, and delivers them all with a twist. Besides brat and hot Italian, other "classics" include a vegetarian smoked apple sage sausage. The gourmet lineup includes a chicken and turkey mango jalapeno, and the hardwood-smoked pork Austin Blues. The "exotics" take things to the edge: rattlesnake and rabbit with jalapeno peppers; duck and bacon; buffalo, beef, and pork with chipotle peppers; and rabbit and pork with leeks and carrots. Double-dipped Belgian fries with a choice of sauces and dozens of craft beers top off the menu.

A New York City landmark, the Halal Guys food cart serves up chicken and gyro platters with rice and has a legion of dedicated followers, most of whom don't mind waiting in a line that can stretch down the block. They're drawn by the big portions, good food, and low prices (for New York City) - $7 a plate, $5 for sandwiches - and don't mind sitting on a curb to enjoy their lunch.

When the craving for soul food hits Yelpers in San Fran, they head to Brenda's. "Tremendous," "amazing," and "scrumptious" are just a few adjectives they use after they finally surrender their forks. Follow their lead and dig into the crawfish beignets; BFC (Brenda's fried chicken) with a cream biscuit, hot pepper jelly, and collards; shrimp po'boy; and the shrimp-and-cheddar grits with spicy tomato-bacon gravy. But truly, Yelpers recommend just about everything on the menu.

Called "the artisanal Applebee's" by Business Week, Founding Farmers is owned by a group of, yes, farmers, whose goal is to source the highest quality products - seasonally and regionally -
whenever possible. With a mission to promote sustainable agriculture and support the American family farmer, the restaurant has hit a high note with many D.C.-area diners.

A trip to New Orleans, for most people, isn't complete without a stop at Cafe Du Monde for its famous beignets ("I love them. I really, really love them," said Karen F. of Tampa, Fla.) and dark-roasted coffee with chicory (black or cafe au lait, hot or iced). The beignets, served fresh and hot, are light on the inside with a slightly crispy exterior that's doused with powdered sugar. The coffee has a bold, strong, signature flavor that Yelpers can't find anyplace else - no matter how hard they search. "I had both a black and cafe au lait. I thought I could make a call on my preference, but I can't, they both deliver in their own way," said Michael B. of Chicago.

Grab the first table you can find. It might be dirty from the last party and covered with powdered sugar, but a waitress should arrive in no time to clean up and take your order. If the cafe is too crowded when you arrive, swing by later. It's open 24 hours, seven days a week. 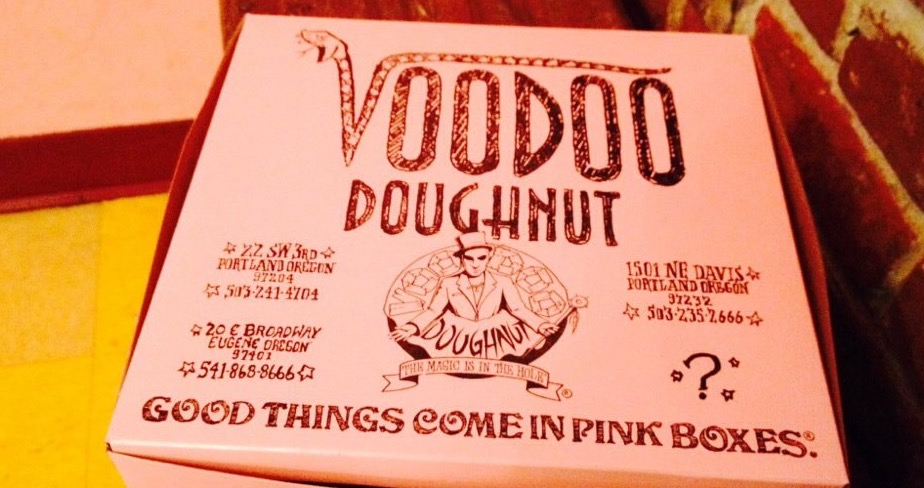 A list of most-buzzed-about eateries would be incomplete without Voodoo Doughnuts, where everyone knows "the magic is in the hole." The magic, in fact, permeates the Voodoo lineup, which includes the famous Bacon Maple Bar.

Other standouts from Yelpers include Mango Tango, filled with mango jelly and topped with vanilla frosting and Tang; and the Memphis Mafia, featuring banana chunks and cinnamon covered with chocolate frosting, peanut butter, peanuts, and chocolate chips.

Leave it to Las Vegas to revolutionize the classic buffet concept. Using a $100 million budget, Bacchanal completely reinvented the traditional buffet in 2012, with modern food presentations and an upscale setting.

Now that it's been voted Best Buffet in Las Vegas by "USA Today" (more than once), the fever has caught on. Feast your eyes on the succulent presentations from your seat in the air, water, or wood-themed section of the dining rooms. Choose from more than 500 daily offerings, with many dishes uniquely displayed on small plates. Bacchanal Buffet's team of specialized chefs oversees the preparation of the majority of the food in front of the guests while cohesively working to present nine distinct restaurants in one location. 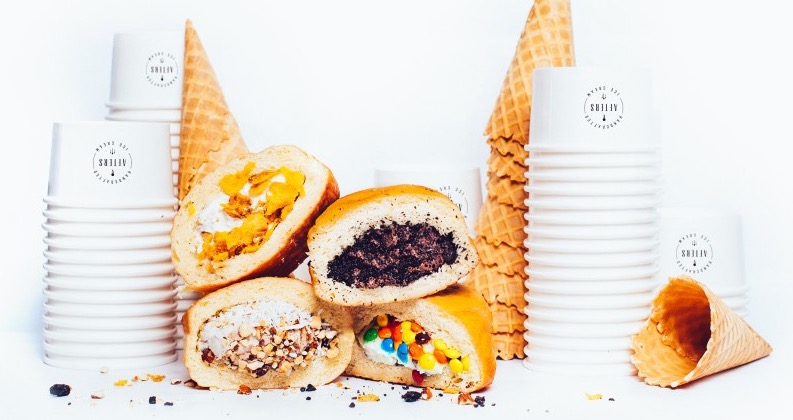 Since Afters Ice Cream debuted its Milky Buns - warm doughnuts stuffed and sealed with ice cream and fillings, they've been a hit, with more than 300,000 sold.

Why Your Yelp Reviews Disappear

For business owners new to Yelp, its ways can be sometimes mysterious and often infuriating. There are 3 reasons…

Facebook will soon be displaying restaurant reviews when visitors search for or visit pages of restaurants. These reviews are…