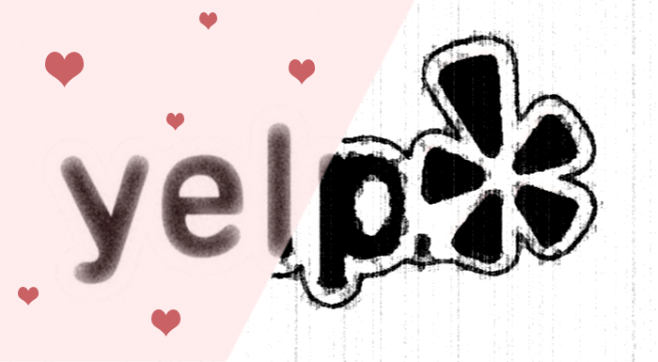 I talk to business owners on the regular, and if there is one word that always sparks a conversation, it's Yelp. There is a lot of controversy swirling around this company that originally launched in July of 2004. Many businesses have seen negative effects of the now ever so popular "everyone's a critic." And with good reason, Yelp boasts that in January alone they received 100 million unique visitors to their site. Wow, that's a hard number to fathom.

The fact of the matter is with 100 million visitors per month, and that number constantly growing, there is absolutely no escaping the clutches of the online review giant. Face it; people love writing, reading, and sharing reviews. Ever since the worldwide acceptance of the internet, along with advances in mobile, we've been on information overload, which has quickly turned us into "infoaddicts." What do you do when you have a question, you usually google it. Heck, now I don't even type it in my phone, I just ask Siri.

But the point is this: no matter how many falling stars you wish on, birthday candles you blow out, and shiny, red shoes you click together, online reviews are not going away, so maybe you should learn to love them. After all, they can be very advantageous. If you know something can "make or break" your business, shouldn't you do everything you can to be on the "make" side?

Here are 3 reasons you should claim your Yelp business profile. Kudos if you already have. If you have, think of these as 3 reasons to direct happy customers to leave you a nice review. And remember, it's free.

The Boston Consulting Group recently surveyed 4,800 business owners to get a better understand of how Yelp is impacting them economically. They reported that small businesses that have claimed their free Yelp accounts made $8,000 a year in revenue stemming directly from Yelp. Obviously this is an average, which means some were up and some were down, but this is still a very large number, and definitely a trend worth paying more attention to.

A study conducted in 2011 by Michael Luca of Harvard Business School reported that "[A] one-star increase in Yelp rating leads to a 5-9% increase in revenue"[and] this effect is driven by independent restaurants. Think about that - 9%? If your business made $1,000 a day, 7 days a week, 9% additional conversion would be $630. That's like adding another 2/3 of a day to your week, without the additional overhead costs.

Another even more recent study by two UC Berkeley professors found that "An extra half-star rating causes restaurants to sell out 19 percentage points more frequently (increase from 30% to 49% of the time), and up to 27 percentage points more frequently when alternate information is more scarce (e.g., Yelp is the only source of information about the business)." Wow, all that from a half a star? I think this means it's time to point your happy customers toward Yelp.

Like I said before, many businesses have been deeply hurt by Yelp and therefore have a bad taste in their mouth. But if you can't beat 'em, join 'em. It's free to claim your Yelp business profile and you can even respond directly to reviewers on there. So instead of pulling out the rest of your hair, start using this tool to your advantage, because it's not going away any time soon.

Yelp recently released an infographic showing an interesting breakdown of not only the reviews and businesses affected, but also…

It starts with, "Hi, my name is Jordan, and I'll be your server tonight." When your customer asks, "What's…